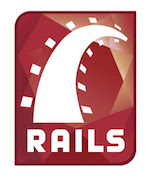 Rails is an extremely mature RAD Framework to the extent that it's currently driving the MVC bandwagon. A lot of effort has been put by Java, PHP, Python and a lot more languages' communities to port or clone what Rails has offered. CakePHP, Symfony (PHP), PHP on Trax, Code Igniter (PHP), Grails (Java) and Django (Python) to name a few.

The things we love the most about Ruby on Rails are:

With a central repository of reusable modules, numbers can easily speak for themselves. There has been 56,022 gems (Ruby and Rails modules/plugins) created since July 2009. The second best after Rails is Drupal (LAMP CMS) with a shy 19,358. References: rubygems.org and drupal.org.

Rails has some clear advantages over many web application frameworks (including but not limited to PHP ZendFramework, Drupal and Django) which is being a strict MVC model, great attention to core backward-compatibility, being an integrated framework and the Ruby gems architecture (dependency management, package management, etc) has helped making gem creating a very easy job.

With Rails' scaffolding, easy Form APIs, strong ORM, Ruby's simple syntax, huge resources (documentation, tutorials, podcasts, video casts, code samples, etc) and being open source, starting a new project from scratch can not be quicker. Learning curve has always been the greatest challenge when starting with a new technology. With Ruby on Rails, teams I worked with started producing working code since day 1 and while still knowing very less about both the language and the framework. The great thing about Ruby is that it's a mixture between Java, PHP, Perl and Lisp which makes it a lot easier to learn for our team where everyone is coming from Java and PHP background.

Ruby on Rails currently offers a plenty of possibilities to run it on production , it can even run under Apache, the way PHP does. Which makes it very easy to install on development and production. With a lot of mature deployment tools like Capistrano, updating code and database on production is an easy job. Rails also leverages a great deal of support from cloud providers: Heroku, Amazon AWS, and EngineYard to name a few.

With Rails, Unit Testing is integrated in the framework, Behavior testing tools like Cucumber are very mature, UI testing tools are already used in other technologies (like Watir). While we won't start with all these types of testing, we will definitely increase our quality by automating testing on many levels which is something we, as a small team, need to do.